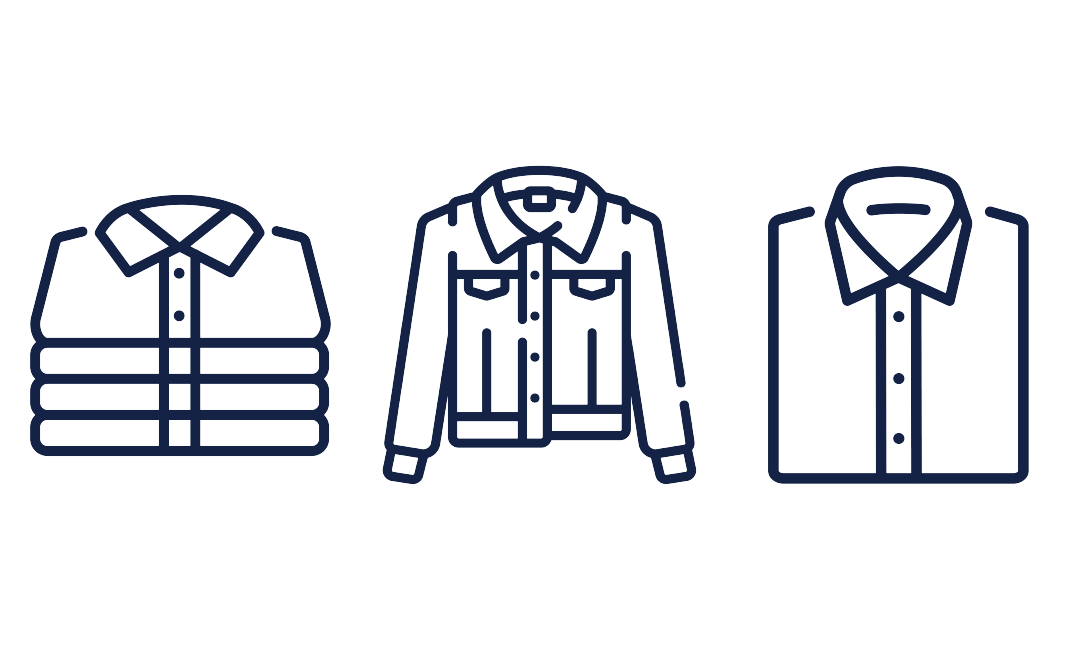 What to wear
Suggested Attire

Business casual attire is suggested for the conference sessions and receptions. It is best to wear layered clothing as meeting rooms tend to fluctuate in temperature.

Pre-registration is now closed. You may register onsite in St. Louis beginning at 2:30 p.m. on Monday, September 19.

** Active Candidate = An Active Candiate is a non-CAS member who has attempted at least one actuarial exam in the last two years.

*** Limited to Members of CAS Academic Central for up to three national CAS meetings or seminars each year.

Consent to Use of Photographic Images

Registration and attendance at or participation in CAS meetings, seminars and other activities constitutes an agreement by the registrant to the CAS’s use and distribution (both now and in the future) of the registrant or attendee’s image or voice in photographs, videotapes, electronic reproduction and audiotapes of such events and activities.

At a glance
Schedule of Events

Separate registration is required for workshops.

Marriott St. Louis Grand allows guests to experience the vibrant, authentic spirit of St. Louis, Missouri. With a prime downtown location near Union Train Station, Ballpark Village, the Gateway Arch and Busch Stadium, this historic hotel occupies the former building of the Statler Hotel, an icon of the St. Louis skyline since the 1900s.

The 2022 Casualty Loss Reserve Seminar (CLRS) and Workshops will be held Monday, September 19 through Wednesday, September 21, 2022, at the Marriott St. Louis Grand in St. Louis, Missouri. 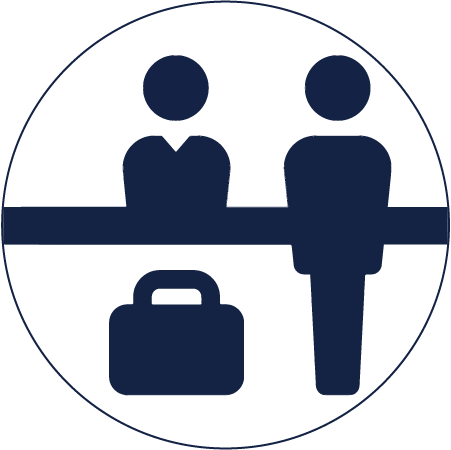 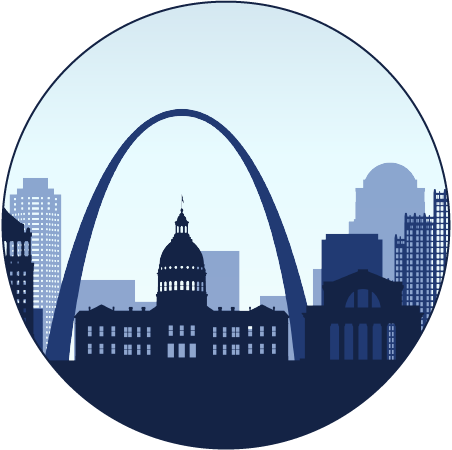 While reservations must be made prior to August 18, 2022, in order to receive the $199 rate, there is no guarantee that rooms will be available should you wait until this date. CAS strongly suggests that you make your room reservations early to secure accommodations before the room block fills.

The Casualty Actuarial Society can conduct high-quality meetings at desirable sites for a reasonable registration fee because a block of hotel rooms is reserved for meeting attendees. In exchange for filling the required number of sleeping rooms, the CAS is permitted to use the hotel’s meeting space at no cost, thus keeping registration fees low. In addition, meeting attendees receive a reduced rate for their sleeping rooms. We kindly request that all meeting attendees take advantage of the group rate and stay at the official CLRS property, Marriott St. Louis Grand.

The CAS is committed to following all local health guidelines to protect the health and safety of eventgoers.

Know the Code
Code of Conduct for CAS Events

The CAS is an international organization committed to equipping, encouraging, and enlightening its community to meet the demands of a global economy. We are a listening organization that welcomes diverse perspectives. We value the participation of each member of the community and desire to offer professional education in a fun and safe learning environment. The CAS is dedicated to providing a harassment-free conference experience for everyone. We do not tolerate harassment or any other improper behavior of conference participants in any form.

Scope of the Code:

All event participants, CAS staff members, guests, sponsors, speakers, partners, exhibitors, volunteers, and vendors/exhibitors must comply with this Code of Conduct for CAS Events. We ask that you join us in agreeing to engage, collaborate, and connect with other participants and event attendees in healthy ways. . Specifically, we ask that you:

Registration and attendance at CAS meetings, seminars, webinars and other activities constitutes an agreement by the registrant to: demonstrate respect and consideration for all people; communicate openly and thoughtfully with others; be respectful in discussing and debating ideas; be collaborative; be mindful of your surroundings; comply with venue regulations; report conduct concerns to an event contact so that concerns can be addressed responsibly in a timely fashion. If any leader or facilitator of the event directs you to stop a behavior, you must comply immediately.

Consequence of Violation of the Code:

Event participants violating these rules may be sanctioned or expelled from the conference without a refund at the discretion of the event organizers and could result in suspension from attending future meetings and/or referral to an appropriate disciplinary body. If necessary, CAS will contact proper authorities, including but not limited to event security and/or law enforcement.

While we have faith that the overwhelming majority of our dynamic community will embrace these sentiments and encourage others to do the same, we do have a plan in place if anyone should fall short of expectations. If anyone makes you feel unsafe or unwelcome or if you observe someone else in situational discomfort, please report it as soon as possible. Please find and tell a CAS staff member who can be identified by their badge. For virtual events, you may contact the PE staff person responsible for the event.

When taking a personal report,  CAS staff will try our best to ensure you are safe and cannot be overheard. S/he may involve other staff members to ensure your report is managed properly. Once safe, we’ll ask you to convey the specific circumstances. While this can potentially be upsetting, we’ll give you the patience and respect you deserve; bring along someone to help support you if you desire. You will not be asked to confront any individual and all our communications will be confidential, except that CAS may contact any parties who have information relevant to the investigation

Thank you in advance for helping to make this CAS event a rewarding experience. We would not be the strong organization we are without your help. Please enjoy the conference!

How to get there
Transportation Information

The Marriott St. Louis Grand is located approximately 14 miles from the St. Louis Lambert International Airport. The airport code is STL and their website is: https://www.flystl.com/.

For driving directions to the hotel, please visit the “Getting Here” section of the hotel website: https://www.marriott.com/en-us/hotels/stlmg-marriott-st-louis-grand/overview/.

There is a convenient MetroLink that goes from the airport to the 8th & Pine Station, a 3 minute walk from the hotel. More information about MetroLink can be found on their website.

It is also recommended to have Uber, Lyft, or another ride sharing app to get around the city.

Not from around here?
U.S. Visa Information

We highly recommend reviewing the U.S. Department of State website for the most up-to-date guidelines for foreign nationals (not a U.S. citizen). Depending on your country of origin, your visa application could take several months to schedule and process, so please plan accordingly.

A foreign national traveling to the United States to conduct temporary business needs a visitor visa (B-1) unless qualifying for entry under the Visa Waiver Program.

A foreign national traveling to the United States for tourism needs a visitor visa (B-2) unless qualifying for entry under the Visa Waiver Program. Tourism is a short visit for vacation, for visiting family and friends, or for medical treatment.

If you need a letter confirming your registration at the 2022 CAS Annual Meeting for the purposes of a visa application, please contact kdean@casact.org.

Take me out to the ball game
Baseball Meetup

We can't wait to see you all in person at the CLRS in St. Louis! An extra bonus for those arriving early, there's a Cardinals game on Sunday, September 18. We have setup a meetup group for CLRS members to chat online for those interested in heading to the game together.

Have Some Free Time?
Suggestions for Things to Do in St. Louis

Have some free time in St. Louis? Check out these nearby attractions before or after the conference!

Get a bird’s eye view from the Gateway Arch

Take a 630-foot ride to the top of this world-famous stainless steel monument for the finest views in the Gateway City. While you’re there, be sure to make time to explore the on-site museum, which traces over 200 years of our region’s history in six themed exhibit areas. Visitors to the Gateway Arch National Park can also hop aboard a 19th century paddle-wheel boat replica for a narrated cruise down the mighty Mississippi.

Spend a night out on the town

Looking for a fun night out? Check out the sports-anchored entertainment district in the heart of downtown’s Ballpark Village! Head to The Grove and take your pick of some of the hottest bars in St. Louis in this up-and-coming neighborhood. Out west, fun-seekers can also go for dinner, drinks and a show at Westport Plaza’s 42-acre entertainment district. Looking for something upscale? Check out the area’s trendiest boutiques and upscale dining establishments in Clayton and the Central West End. If live music is your thing, Soulard boasts some of the best blues venues in town.

All aboard at St. Louis Union Station

St. Louis Union Station was once one of the largest and busiest passenger rail terminals in the world, helping move passengers from the east coast to the western part of the United States. Today it is home to more than 13,000 animals at the St. Louis Aquarium at Union Station, the 200-foot St. Louis Wheel, a carousel, an 18-hole mini-golf course, the mirror maze, a ropes course, the train park, and several restaurants to go along with the St. Louis Union Station Hotel. While you’re there, don’t miss the Grand Hall Light Show, which airs daily from 5 to 10 p.m. Laser lights dance on the 65-foot barrel-vaulted ceiling of the historic train station lobby, narrated by famous St. Louisans, including Jon Hamm, Bob Costas, Dan Dierdorf and Joe Buck. Grab a cocktail at the bar, sit back and enjoy the show.

St. Louis is overflowing with breweries, from world-famous Anheuser-Busch to small craft producers. At A-B, visitors may choose from a number of tour experiences. You can visit the Clydesdales, learn to brew beer and take a behind-the-scenes VIP look at the brewing operations. As the city’s first craft brewery since prohibition, Schlafly is a St. Louis stalwart, offering great beer and great food at four area locations. With two locations in St. Louis – Midtown and The Grove – plus one in Germany, Urban Chestnut pours beers made with old-world techniques in a modern style. At 4 Hands Brewing Co., which is within walking distance to Busch Stadium, choose from a core lineup of lagers, ryes and ales, or pick a seasonal pour. Looking for a hidden gem? Try Narrow Gauge, which is tucked into an Italian restaurant in Florissant and sought after for its creative small-batch brews.

Have an animal encounter at the Zoo

Stroll through the Missouri Botanical Garden

Explore 79 acres of lush gardens, landscape architecture, greenhouses and conservatories at the oldest botanical garden in the United States. Wander through collections of botanical and horticultural plants among beautiful fountains and statuary. Visit the Climatron for a real rainforest experience featuring magnificent waterfalls, tropical birds and exotic plants like bananas, cacao, coffee bushes and orchids.

Try your luck at one of St. Louis’ area casinos

In addition to all your favorite video poker games and classic table games like craps, blackjack, roulette and baccarat, each casino has something unique to offer visitors. Take in an intimate show at the luxurious Horseshoe St. Louis theatre located less than a 10 minute ride from the hotel.

Stay informed with the CAS Meeting App! Get the latest updates on meeting events, view session details, check out the sponsors and more. The mobile app is available for download iOS and Android devices. All other devices can access the web version by visiting cas.certaintouchpoint.com. Select “Login” and create a password to get started!
Registration Questions?
Contact Us
×

The CAS is thrilled to announce that both the 2022 Annual Meeting and the 2022 Casualty Loss Reserve Seminar will be hybrid events, with options for in-person or virtual attendance.

Registration is open for the 2022 CLRS Seminar

Registration is still open for the 2022 CLRS - Register Now

The Mobile App for CLRS is now available